It only took me 5 years....Pride & Prejudice sampler finish! (photo heavy)

I'm happy dancing because I finally finished this project a week ago!!   I started it back in 2008 when Vonna from The Twisted Stitcher started a blog titled "Me Myself & I" for doing 'neighborhood' samplers.  Those were popular at the time with many people doing round robins to build their 'neighborhoods' and the blog was encouragement for people doing one by themselves. I decided to do a Jane Austen "Pride & Prejudice" neighborhood as it's one of my favorite movies.   I pulled patterns from my stash, bought some (mostly from the Stitching Parlor "Pride & Prejudice" series) and started planning my sampler.  At times I got really tired of it and put it away for months at a time.    In January I saw an article online mentioning that 2013 is the 200th anniversary of the Pride & Prejudice novel - I had no idea about that.  It turned out to be a good motivator for me to finally finish this piece up this year so I could put those dates on it.  (If anyone has any questions about the patterns I used, there is a separate page on my blog here that lists them.)

My goal was to make my sampler resemble venues used for the A&E 1995 Pride & Prejudice  mini-series with Jennifer Ehle and Colin Firth - it's my favorite of the many versions made of this wonderful novel.  I searched out the filming sites online and other photos so you can see my inspiration for each part of the sampler.   It was hard to get the colors right in my photos.   I adjusted some of them - the sampler was stitched on cream 36-ct Edinborough linen even though it appears grayish in some photos.  Without further ado....here it is!

First off a photo of the completed sampler: 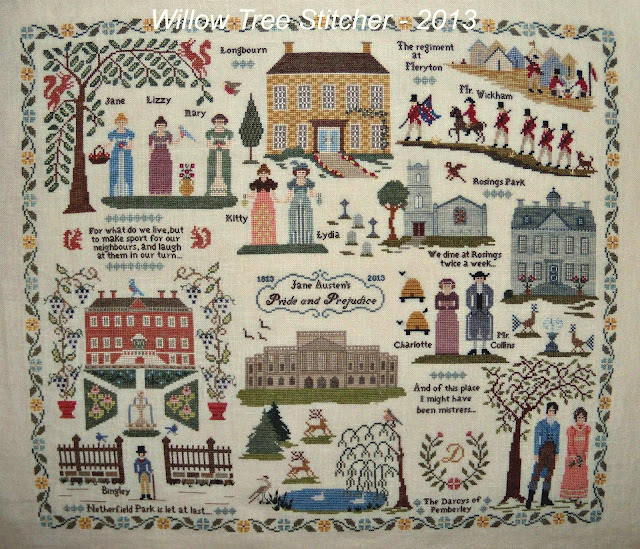 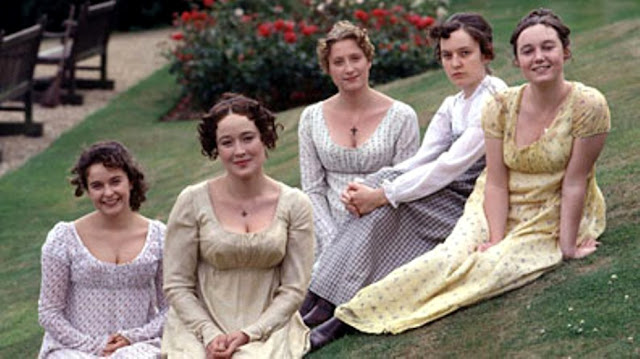 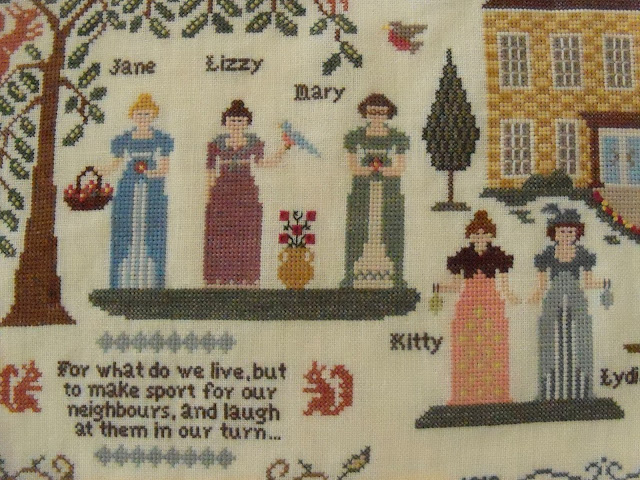 Longbourn, home of the Bennets: 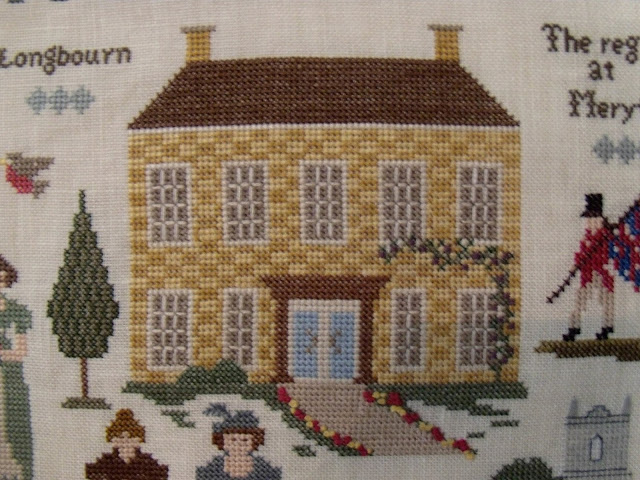 Netherfield Hall - the country home Mr. Bingley rents and where he starts his romance with Jane Bennet, and where Lizzy meets Mr. Fitzwilliam Darcy: 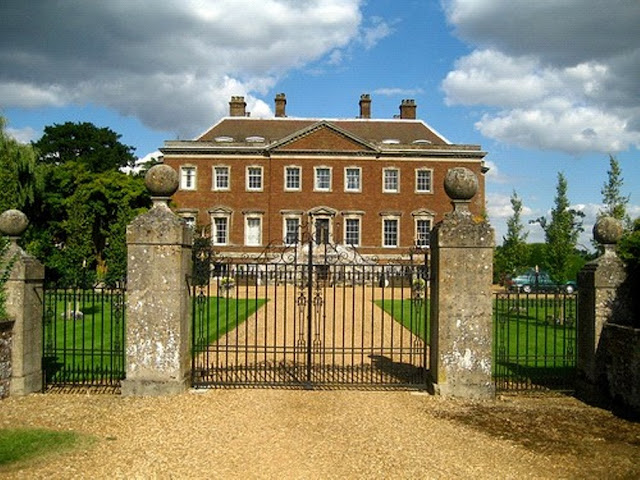 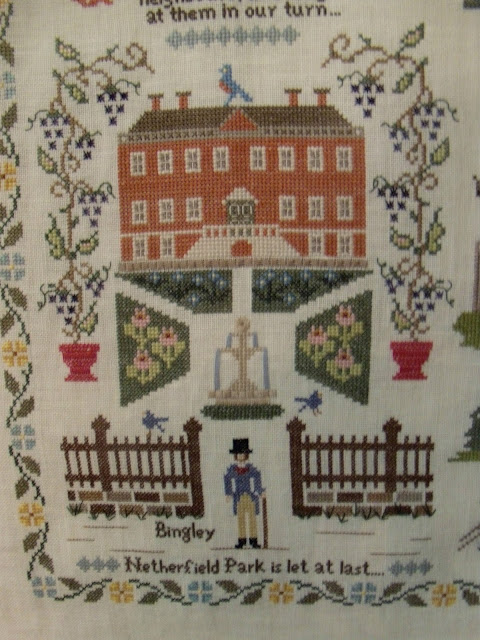 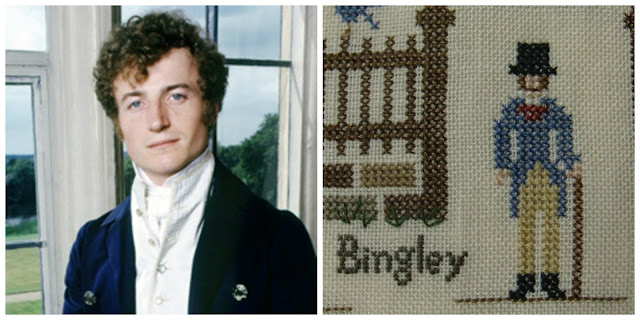 What a military camp back in the Georgian era looked like - 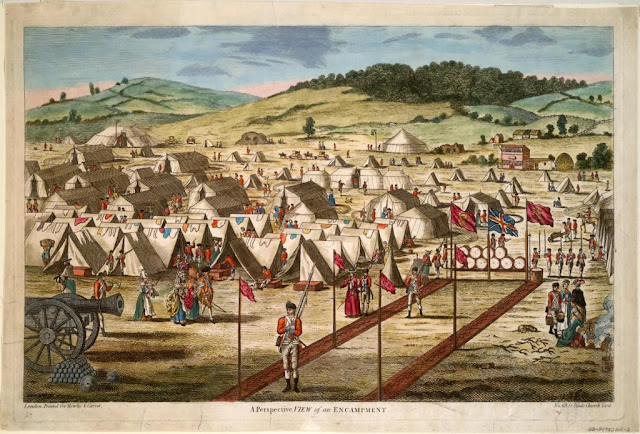 And our P&P British Regiment camped at Meryton...with the infamous Mr. Wickham: 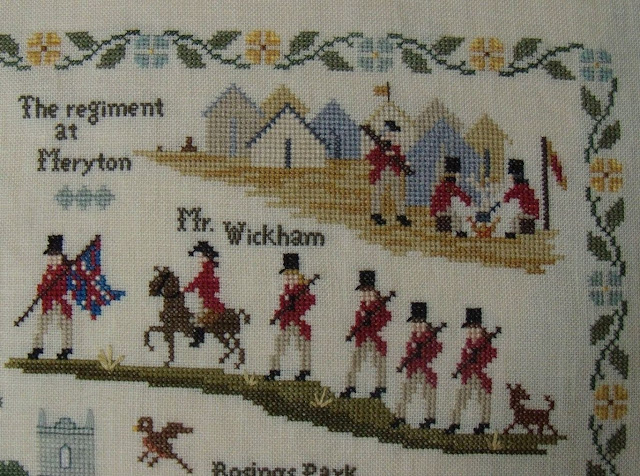 Here we are at Rosings Park where Darcy's aunt and cousin live: 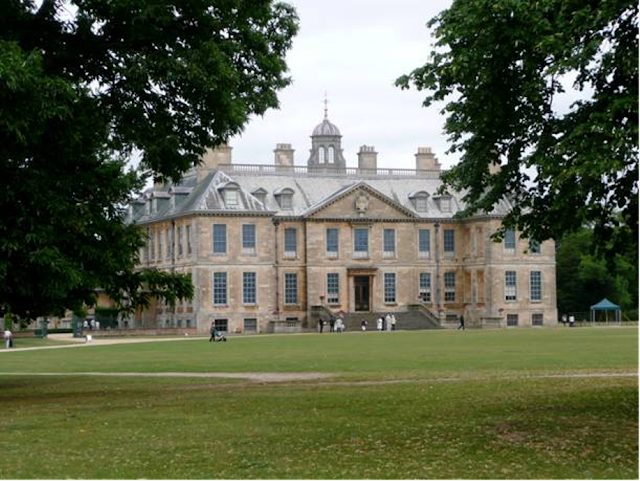 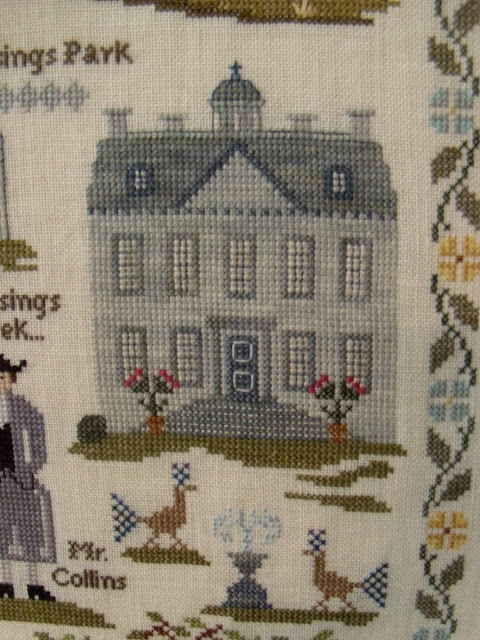 And where the Bennets' cousin Mr. Collins has his parish church with his new wife Charlotte. 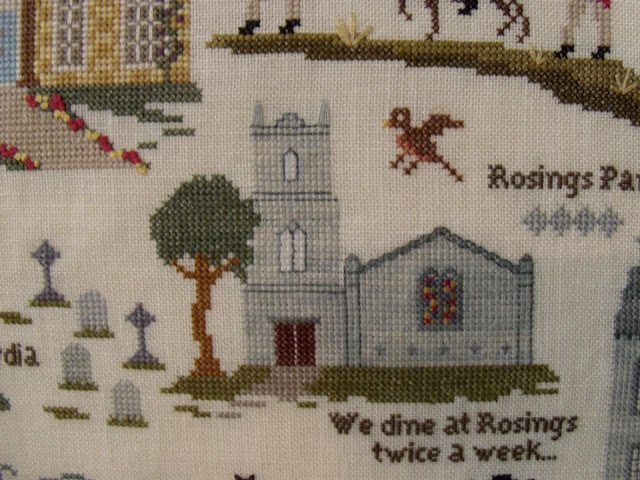 Charlotte and her Mr. Collins.   Mr Collins' hobby was bee-keeping. 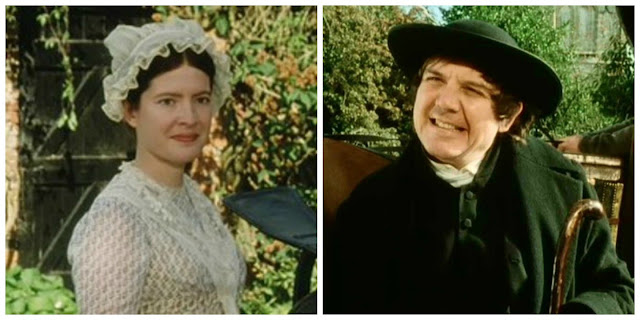 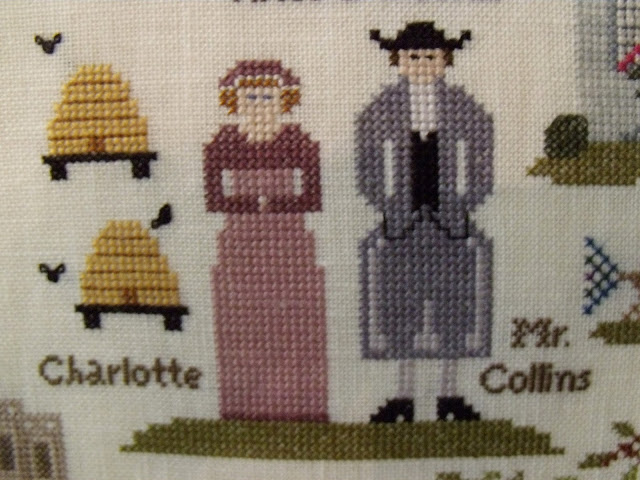 We have the incredible Pemberley, ancestral home of the Darcy family. 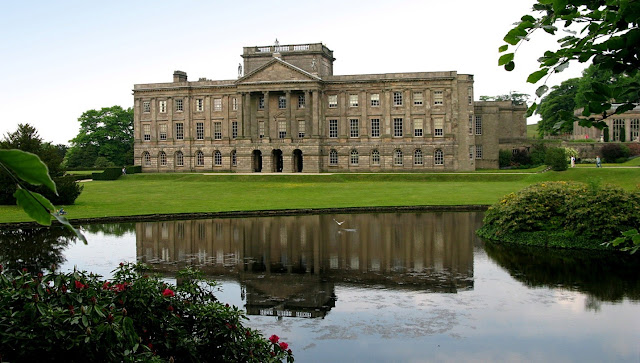 And finally Mr. Darcy and Lizzy, living happily ever after! 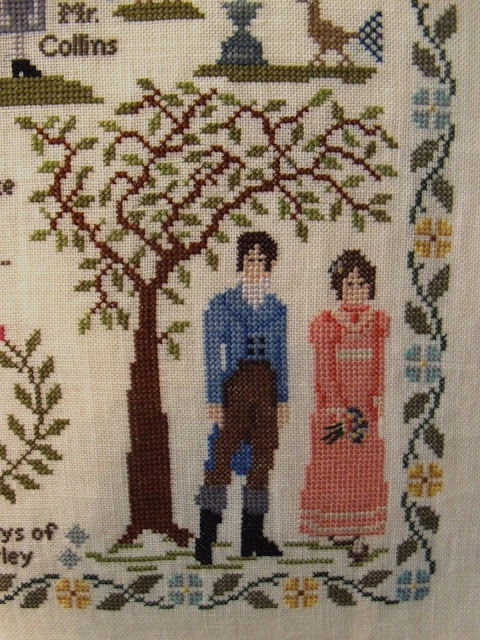 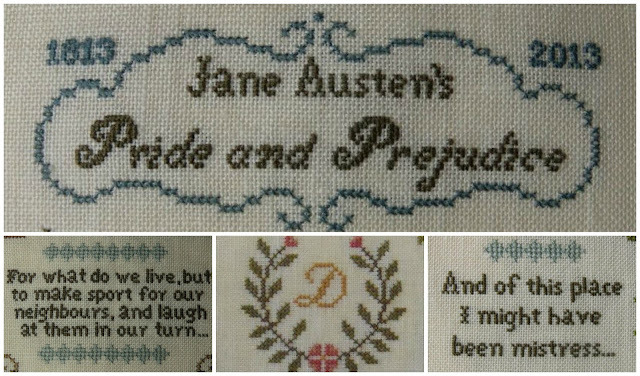 I'm so thrilled to get this project off my UFO list!  Thanks for visiting friends and readers!
Posted by Jeanne at 10:56 AM

Thank you for stopping by - I love hearing from other stitchers and crafters. If you have any questions be sure to leave an email address if you don't have one in your blogger profile so I can contact you. I appreciate your visit! (I've had to turn off allowing anonymous comments due to spammers)

Jeanne
I've been stitching for almost 40 years. I still love it and also quilt and do embroidery. I retired in 2015 from decades in Data Processing.